Technology is constantly evolving. In such a short amount of time, we’ve witnessed a huge number of technological advancements and many jobs have become digitized. These ranged from advancements like the internet, computers, the telephone evolving into cell phones, which essentially became pocket-sized computing devices, and many more.

To say the world hasn’t changed due to this digital transformation would be a blatant lie. Most, if not all, industries have been affected by this digitalization of information. The internet has connected people all over the world. This has allowed more and more jobs to be done online, which in turn has expanded the types of jobs business process outsourcing companies (BPOs) can offer. Digitalization In Other Industries

It’s no secret that different industries all over the world have moved to a more digitized setup. Many companies started to go “paperless” as records migrated to servers instead of cabinets.

In the medical field in the US, many hospitals that could afford the switch were able to move to digitized records. This came with a number of benefits such as faster and better healthcare. The digital records allowed for a centralized and organized system, allowing the necessary people to view patient data with a few clicks of a mouse or on a tablet. Patient care improved due to the reduced time it took to input data and share it.

In the engineering field, the advent of computer-aided design (CAD) and building information modeling (BIM) gave engineers similar benefits to that in the medical field. The connectivity of BIM software lets all appropriate parties give their input in one platform without being there. The entire building process could be updated on one application and all plans were updated, meaning less mistakes in the overall process. CAD programs allow engineers and architects to do their work at a faster rate and from multiple locations. While not particularly specific to any industry, technology has improved the communication of everyone. Projects that previously required all hands on deck to meet at specific times in a singular place can now be done over the internet.

Video calls have allowed professionals to go about their business in other parts of the world while still being able to attend important meetings back home. Architects, for example, can create digitized plans from their homes while coordinating with the construction team on site.

Emails, text messages, chat applications, and a slew of other digitized communication methods have allowed people to communicate past traditional means. In the event of a business emergency where quick turnaround is essential, such as a businessman in Australia getting a rushed work order, they can simply get on a Zoom meeting with their graphic design team elsewhere in the world and give them a new high priority job that needs to be done as soon as possible. The fact that the graphic designers are able to create digitized media that can easily be shared over the internet either by email, some sort of messenger, or dropped into cloud storage for the rest of the team to access it, has sped up the process immensely.

The days of scrambling around trying to drive to the office and round up employees while off shift are over. Businesses can hire people in different time zones to cover different shifts. Hiring offshore has become a more popular option as well as the reduced cost of labor and ease of communication due to the digitalization of work has made it easier than ever. In line with other industries having a majority of jobs that have become digitized and due to improved communication tools, the services a BPO can offer have increased. Industries such as medical, architectural, real estate, promotional products, and a wide number of other industries have backend processes that can be completed on a computer.

Non-essential jobs that would put a strain on a business’s finances can be hired through a BPO and produce the same type of results.

Going with an architectural example again, blueprints don’t have to be packaged and delivered anymore. Programs such as CAD allow for plans to be shared and edited digitally. No one has to spend hours redrawing blueprints in the event of changes. The ability to create, share, and edit design plans over the internet has allowed many architectural offices to hire remote staff to augment their onshore staff. While hiring a full team of architects may be too expensive in the US, hiring a full team elsewhere in the world to assist your US team is much more realistic.

This example can be used for a multitude of jobs in other industries, the medical industry has jobs such as medical scribes, virtual nurses, virtual pharmacists, and as technology advances, even more jobs can be added to the list.

The digital transformation or digitalization seen in many industries has allowed many jobs to be done from a computer. This shift has allowed BPOs to offer more services to their clients. Technology is only improving from this point in time and communication across time zones and borders is getting easier. With cost-effective staff salaries coupled with experience working with teams abroad, BPO locations such as the Philippines have been able to help businesses grow and will continue to as long as technology continues to develop. 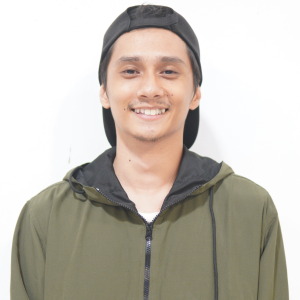