What’s Conscious Capitalism And Its Relation To Outsourcing? “Capitalism” is a word that brings dread to some and joy to most, or is it the other way around? Unfortunately, the effects of capitalism are a hotly debated topic that will not be discussed further in this article because we live in a diverse world of people having different political ideologies, cultures, and backgrounds. Whether or not capitalism works for the benefit of all will not be answered by this article.

Instead, this article will discuss the rise of a new philosophy called “Conscious Capitalism” and its relation to the outsourcing industry, which is a service-based industry that has seen massive growth throughout the years.

The roots of capitalism can be traced back as early as the 16th century. While the modern capitalist theory we are accustomed to today was developed during the 18th century and was theorized by the Scottish political economist, Adam Smith. From then on, the dominance of a free-market capitalist system continues its grip on economies. Consequently, more and more variations of capitalism are beginning to emerge, with one such variation being the topic at hand, “Conscious Capitalism”.

Conscious capitalism is a term that refers to a socially responsible economic and political philosophy. In theory, conscious capitalism impresses upon a notion that businesses should operate ethically while they pursue profits. Meanwhile, outsourcing is the result of capitalism. The intertwining of economies worldwide made it easy for countries to access resources and manpower.

The ease to access resources and manpower from one country to another, made outsourcing a hot commodity for services-based industries. Sadly, as the popularity of outsourcing began to spread, a few inshore and offshore companies have exploited, cheated, and some may say, used unethical means to maximize profit.

Staunch critics of the outsourcing industry contend that it takes away jobs from local businesses, does it? The answer to that question depends on how you see it. Some people see outsourcing as a solution to fill in gaps within their ranks and gain access to a knowledge pool of numerous candidates to compete against established companies, while others perceive outsourcing being the reason behind unemployment in the country. Regardless of the conflicting views on outsourcing, can conscious capitalism and outsourcing co-exist for the betterment of society? The Rise Of Conscious Capitalism

In 2010, conscious capitalism came into being, which is a reaction of employees and consumers against excessive corporate greed. The concept of conscious capitalism was coined and popularized by Whole Foods co-founder and co-CEO John Mackey and marketing professor and speaker Raj Sisodia in their book Conscious Capitalism: Liberating the Heroic Spirit of Business.

In areas, they provided access to and advancement in education, food, medicine, and technology, as a whole. The credit goes to the entrepreneurial drive of free-market enterprises to push for new products and services to sell.

Unfortunately, there is a negative impact of capitalism. The motivation to maximize profit at the expense of natural resources and the well-being of employees is looked at, especially in developing countries. One turning point was the 2008 recession when people started questioning the upper echelon of the business world, they argued that greed had become the primary cause of the real estate crash. As a result, businesses closed down, houses were foreclosed, and people lost their jobs. The Popularity Of Outsourcing

Outsourcing is a business strategy of hiring a party outside of the organization to perform in-house processes. From smallest to largest organizations such as IBM, Google, and Microsoft have been partnering with business process outsourcing (BPO) companies for decades. Moreover, there are thousands of outsourcing companies spread across the world, which serve multiple industries – from manufacturing to knowledge-focused services.

The lucrative benefits of outsourcing such as cost reduction, time savings, and increased availability to hire competent talent improve the bottom line of companies. With outsourcing locations in the Philippines, Georgia, India, Singapore, and Malaysia to name a few. With that in mind, in 30 years, outsourcing had grown from its roots as a telemarketing solution and morphed into a huge industry that caters to all sectors of specialization.

Would A Convenient Co-existence Be Possible?

As discussed previously, the philosophy of conscious capitalism advocates ethical business practices while pursuing profit, such as focusing on environmental, social, and economic initiatives. While outsourcing helps an organization save on costs to maximize profits, it doesn’t stop its critics from saying that it takes jobs away from local businesses. It’s simply not true to state that outsourcing is the main reason why the unemployment rate is where it is currently at.

Outsourcing provides a scalable solution for businesses to fulfill jobs that local workers are refusing to take, or simply a lack of candidates in their area.  During the great resignation of 2020, businesses struggled to cope with the shortage of manpower to hire. Focusing on outsourcing alone will not provide a solution to a problem that is not wholly its fault. At the end of the day, conscious capitalism and outsourcing can co-exist if they complement each other, like improving company culture that involves inclusivity, environmental initiatives, and providing excellent working conditions to its workers. ESG Investments or Environmental, Social, and Governance Investments refer to a framework of businesses that focuses on health and safety issues, reduction of carbon footprint, and corporate philanthropy. ESG adheres to the principles of conscious capitalism in ways that a business’s sole purpose is beyond purely making profits. As more businesses are committing to society by promoting their ESG investments, it’s important to take into account that ESG costs resources to implement (e.g., installation of solar panels, paperless offices, etc.).

Ultimately, the principle of conscious capitalism isn’t necessarily new. Capitalism has helped billions of people around the world live better lives, while conscious capitalism will enhance how businesses may help with the betterment of society for our current and future generations to come. 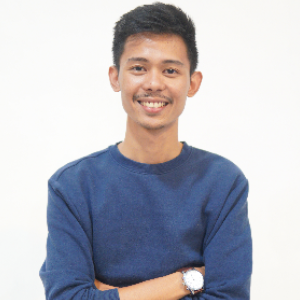 Kenneth is the author of his own life and prefers to keep it that way. He started writing in 2020 and dropped out of law school for being way too smart. Having been sober for two years, he is now a devoted doggy daddy of several dogs and a passionate supporter of charitable foundations from animal rescue groups to orphanages. An avid reader of history and politics with a growing collection of books that needs to be housed on a proper bookshelf. While reimagining his life into a new perspective after a long hiatus from finding his purpose in life. Delving deep into his dark and humorous personality, you’ll meet a person who is unique and polite with a special interest in the finer things in life he is obliged to work in a 9-5 job. Currently working for a BPO company, he is now a full-fledged content writer who is always looking for a spark of inspiration.
All Posts